Spring has arrived in our Lakeshore, even though just a week ago temperatures were below zero.  Days are longer, the sun is higher in the sky, and all around us wildlife is responding.

A few robins and red-winged blackbirds stayed for the winter, finding sheltered places and enough food to get by- they will soon be joined by their brethren who have found their way north on their journey to summer homes.

Canada geese have returned to the still-frozen marsh at Woodland Dunes, to wait in pairs for the ice to melt and the nesting season to begin.  Out on rural roads, horned larks wait on the shoulders, ready to nest when the snow melts.  Great horned owls are already incubating eggs, and bald eagles will be close behind them.  Foxes and coyotes are readying their dens for the pups that will be born in a few weeks.  While the weather forecaster talks in terms of astronomical spring, biological spring is already in full swing by the first of March, but it’s only just the beginning.

Far to the south, birds, and butterflies for that matter, are beginning to stir.  In Mexico, the monarchs are coming out of their winter sleep and will soon make their way north to Texas and similar latitudes.  It will be three months before their offspring reach our area.   Purple martins and other birds that lounge in the tropics during winter are beginning to work their way north, at least a few of them.  Just to our south, sandhill cranes, woodcock, and killdeer are all becoming agitated, and ready to move as soon as conditions allow. 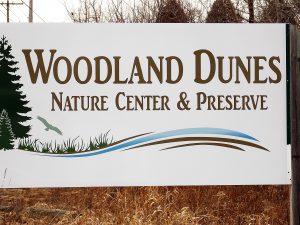 In the forest, the first signs of spring may take some effort to detect- taps are being placed to capture maple sap, and beneath the snow unearthly skunk cabbage flowers are forming and will soon bloom.  The footprints left behind late-season hikers fill with tiny snow fleas as they become more active in the leaf litter- but they are fleas in name only- really they are springtails,  and won’t infest our canine friends.  Willow catkins will swell before opening later in the month- their pollen feeding the earliest emerging bumblebees.

Soon our world will become so much more diverse in wildlife species, and nature watching all the more enjoyable.  At this time, the change in season is subtle but undeniable.  Taking a few moments to appreciate the progression of spring adds much to our lives and our well-being, and gives us hope for the future.